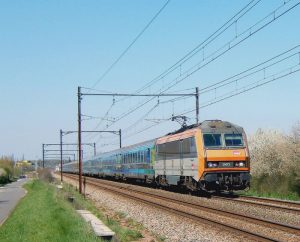 The lines were non-electrified, one-way, ranked in UIC group 9 AV (with passengers) and commercially operated by SNCF (TER).

The modernization work included a tracks program and a program for engineering structures, earthworks and sanitation.
These were carried out while the lines were closed from early January to the end of June 2011 for Siorac – Sarlat, and from early September 2011 to the end of February 2012 for Bergerac – Le Buisson.

The work on the lines enabled:
• Nominal track performance to be restored on the sections concerned
• Sustainable maintenance
• Reduced maintenance costs

• Carrying out preliminary studies for the rail and preliminary/design studies for the work (engineering hydraulic and earth structures), integrating issues concerning the environment, safety and the scheduling of level crossing closures
• Proposing technical innovations
• Providing technical and safety interfaces with SNCF
• Proposing a strategy for assigning work, purchasing materials and supply management
• Assisting the delegated contracting authority with the awarding of works contracts