The East European High Speed Line (HSL) is a project of 406km of new high-speed railway allowing a commercial speed of 320km/hour, between Paris and Strasbourg.

The first phase of the East European HSL project was completed with 300km of new track in June 2007. 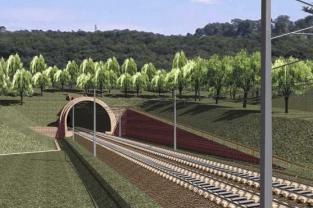