Located in the west of Paris this 7 acre (3 hectares) site was once the former Boucicaut Hospital, originally built at the end of the 19th century. Resolutely a modern architecture, the Boucicaut site is part of social history where the construction of social housing (more than 50%), a crèche, a residence for migrant workers and a day care center for those with intellectual disabilities.

Entirely pedestrian, the district also hosts shops and an incubator of which setec is partner.

Designed by SemiParisSeine in two different phases, (2003-2009 and 2009-2012), the group received the French environmental label “Eco-Quartier” in 2014 and from there, went on to win the Global award for Excellence in 2016. A recognition greatly appreciated by the actors of the project who have faced many challenges. 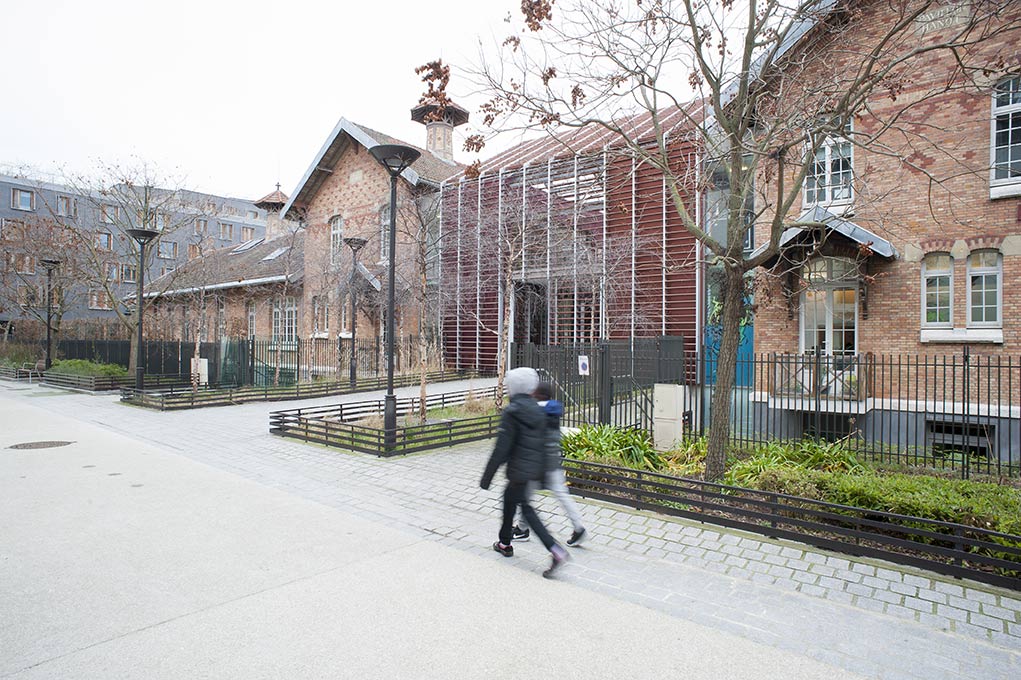 Conducting a social and sustainable project

Building the Boucicaut district as a reference in terms of sustainable environmental development had been an ambitious and uncommon challenge in a hyper dense area in the heart of Paris.
The challenge was met beyond and exceeded the regulatory objectives with low energy buildings, installation of solar panels and a system for managing and conserving water resources….. Not to mention the actions taken by the neighbourhood by installing birdhouses, bat and beehives at the start of operations.

“So as to coordinate a project of this type, it is necessary on a large scale, to consider each action in its full cycle. The imperatives associated with the environmental regulations or the low noise construction charter required by the developer have been fully included into our mission”, explains Valérie Slama, project manager. The access to and around the construction site must be constantly clean and practicable with special attention to noise pollution, supervising access to and from the construction site as well as the organization of deliveries on-site coupled with controls and respecting the commitments that were made.

“We introduced a checkpoint system to evaluate our objectives, identify gaps and adjust the schedule when and where it was needed”, continues Valerie Slama.

This clever mode of operation allowed us to adapt our decisions according to the contingency and the various demands of the day.

Placed under the sign of social integration, the works also provided reserved hours in association with the Foundation against Exclusion.

“Our brief phasing during the consultation showed a good understanding of the site issues and the type of users with whom we could dialogue” testifies Valerie Slama.
We also provided a full time on site Construction Planning and Coordination Manager, Yves Chevillard on-site.
“It was essential to ensure a relay between the contractors, dialogue with the town authorities of Paris and the inhabitants. The Eco-district, situated near schools, raised concerns on the magnitude of the works carried out and the installation of beehives and the thousands of bees in the neighbourhood. As an OPC pilot, this informative situation was unprecedented” adds Yves Chevillard.

Working in the Middle of an Island of Greenery 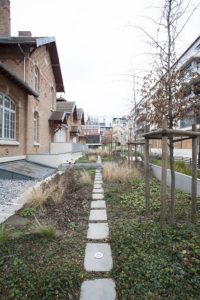 Thomas le Diouron, founder of Impulse Partners, present on site as of 2014 testifies: “We did not have the impression that we were working on a construction site, we did not suffer from any noise pollution or parking inconvenience, problems were minimal. It was a real pleasure working in all this greenery in the center of Paris.Our surrounding are really bright and luminous and it is such a joy having honey from our own beehives”.

For this specialist in construction and real estate, the site is also a great showcase. “We are proud to show around our guest start-ups and clients the eco-district. It now constitutes part of our company’s history: we have placed the site model for all to see in the lobby”, says he.