setec at the heart of an ecosystem linked to the world of innovation.

From its first days, setec has created a virtuous circle : constantly innovating and producing solutions to build a better world.

Their aim is to interpret future technological or cultural trends. With about thirty motivated employees, they detect innovative projects and ideas, and accompany them to adapt to the business context and the customer’s needs. This approach comes in complement to the research & development activities specific to each subsidiary of the Group.

“Innovation is a very fashionable word. With setecLabs, we wanted to understand its reality and to find our place in this ecosystem. This is an agile approach built over time. The roadmap for setecLab employees was to be the eyes and ears of the group and to identify ideas that will change the world generally speaking and engineering in particular.”

To stay attuned to the latest developments, setec is developing partnerships with major players committed to innovation. Our most recent partnership is with IoT Valley, a community focused on connected objects with Sigfox, the world’s leading low power wide area (LPWA) network operator.

For the second year running, setec is also taking part in the DataCity [DC1] challenge, an open innovation acceleration program focused on smart cities, created by NUMA (an incubator) and the City of Paris.

The aim of this program is to bring together industrial partners, public stakeholders and project owners and to use ever more data to create solutions that meet the needs of our future cities.

Since 2014, setec has also been partner with Impulse Labs Construction & Energie, an accelerator housed in the Boucicaut incubator, participated in start-up selection panels and accompanied the Open Innovation Club of Paris & Co in Learning Expeditions (Silicon Valley in 2014, Berlin in 2015).

BulldozAIR by Blockbase
A collaborative solution for construction sites

Blockbase, a start-up created in 2012 within the incubator Paris Innovation Boucicaut, developed BulldozAIR, a collaborative mobile solution allowing users to keep track of their projects by exchanging notes or documents on a computer, tablet or smartphone. 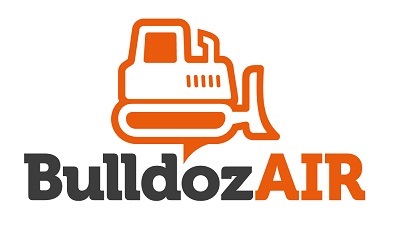 setec supported this start-up in its commercial and financial developments. After drawing up corporate specifications, BlockBase has developed a number of specific features for setec. These developments have been tested and validated on four pilot construction sites and is now deployed on major projects such as the Marechaux Tramway in Paris or the RER Express metro Eole.

Intrapreneurship as a business model

The startup spirit is also anchored within the group, which encourages intrapreneurship : good ideas are detected, challenged, experienced and if economic viability is proven, leads to the creation of a “spin-off” subsidiary.

setec smart efficiency was created in 2014 to back a proposal to improve the energy performance of buildings. In 2017, the subsidiary employs about 15 employees and continues its agile growth by offering new products.

“I started with setec as an environmental design engineer in 2011. In 2014, with a team of energy engineers and computer scientists, we developed a software solution for buildings and created setec smart efficiency. Thanks to the Internet of Things, we recover the relevant information of the buildings and accompany customers in the implementation of action of improvement of the energy performance. Setec smart efficiency operates today in a start-up mode and is able to react quickly to requests from clients”

The first innovation contest launched in 2016 identified 5 winning teams whose projects showed real potential for development.  Highly supported during three months to challenge their idea, their product and their business model, collaborators involved in this process used all their energy and expertise to innovate.

You’ve amazed us! The results are now out for our first ever SETEC in-house innovation competition launched last September. In total, 15 projects – all amazingly high standard – were [...]